The painter and sculptor Miloslav Chlupáč was born in 1920 in Benešov near Prague. Initially, he studied medicine, but after the universities were closed, Chlupáč completely changed his direction and began to apprentice in a stone sculpture workshop. Soon he went to the School of Applied Arts in Prague. Here he also eventually became the chairman of the student council and thanks to his initiative, together with other colleagues, he achieved the reform to upgrade the school to the University of Applied Arts. In addition to these activities, Chlupáč was active in his own work. He created a number of sculptures for public space. In addition to sculpture, which represented the alpha and omega of Chlupáč's work, he also realized himself in painting. However, he exhibited his paintings only rarely. In his paintings he projected a number of elements from art history that inspired him, for example the cubist stylisation of the depicted objects. 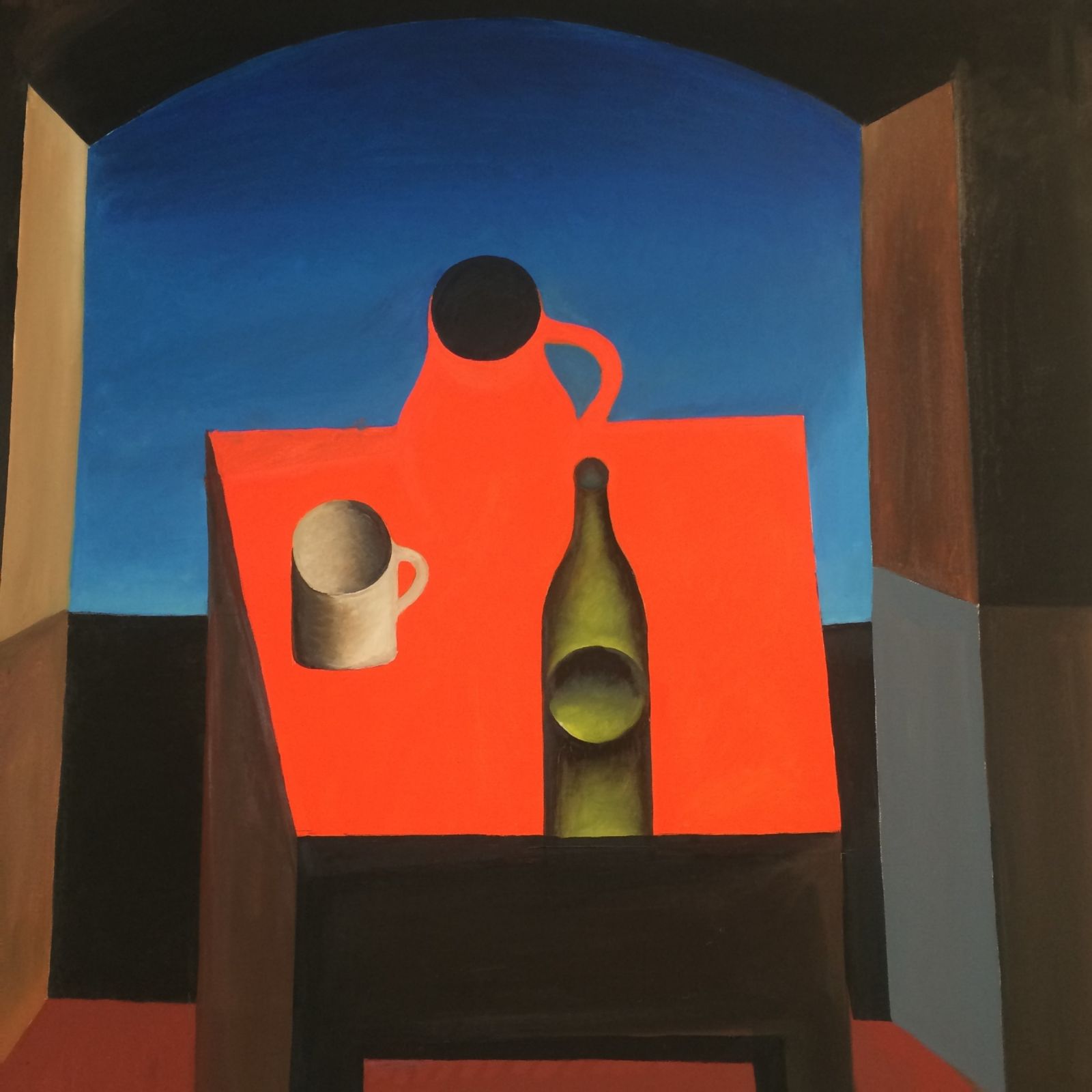